Copied to clipboard
The Mark H. McCormack Department of Sport Management in the Isenberg School of Management has announced the creation of a steering committee to drive the program’s 50th anniversary fundraising campaig 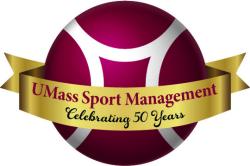 “This steering committee is representative of the thousands of loyal and passionate alumni who we are tremendously fortunate to have as we launch our program’s 50th anniversary fundraising campaign,” said Department Chair Steve McKelvey. “The committee members will work, individually and collectively, to ‘rally the troops’ so we can fuel the next 50 years of excellence in sport management education.”

The department, which is working in collaboration with the Isenberg School of Management development team, has set an ambitious campaign goal of raising $1,000,000 by December 31, 2022, in gifts and multi-year pledges to support key department initiatives. In addition to giving to the department’s general unrestricted fund, alumni and friends can also support the McCormack Diversity Fund, McCormack Industry Engagement Fund, McCormack Women in Sport Business Fund, and the Harold VanderZwaag Scholarship Fund.

“UMass opened doors and prepared me to venture into an industry that has provided so much for my professional and personal development,” stated committee member Jeff Price. “Fifty years of excellence is something that deserves a proper celebration and creates an opportunity for many of us to give back to help the next generation of McCormack students and faculty soar even higher,” added Price, who currently serves as the PGA of America’s Chief Commercial Officer.

Committee member Pamela Levine adds, “I want to ensure the future of the program is strong so future students can experience the same life-changing opportunities I had both as an undergrad and graduate student. My time at UMass helped shape the trajectory of my career as well as personally gave me some of the best memories of my life. I care deeply about the success of the university and bringing together the alumni to create a network of support for life.”

The fundraising brochure describing the campaign and the funds in more detail can be found here.

Fuel the Next Fifty
https://umass.scalefunder.com/gday/giving-day/50363
Below are brief bios of each of the committee members:   Garret Bedrin (2002 BS) Garret Bedrin is a 3rd-generation partner for the 70+-year-old family business, The Bedrin Organizati

Below are brief bios of each of the committee members: 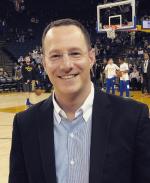 Garret Bedrin is a 3rd-generation partner for the 70+-year-old family business, The Bedrin Organization. Garret oversees Acquisitions, Investor Relations, and Leasing for approximately 2,000,000 square feet of commercial real estate assets in six states. The Bedrin Organization invests, develops, and manages retail, self-storage, and multi-family properties using a value-add approach. Garret also is the NJ/NC Area Developer for Salons by JC, a 120-unit national franchise that helps women and minorities open their own turnkey hair salon suites. Garret hosts the bi-weekly live video podcast “Get up with Garret” where he interviews entrepreneurs and shares their stories of success. Garret serves on numerous boards within the Jewish Home Family of Rockleigh, NJ, and is an active member of the NJ Integrated YPO chapter. Garret lives in NJ with his wife, Jessica, their two daughters, Juliet and Harper, and their Cavaliers Daisy and Charlie. 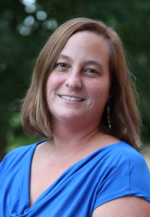 In November, Jen Bozek completed her twenty-third year as a member of the Elmira College administration. During her tenure, Jen worked in almost every role in the athletic department, starting her Elmira career as a graduate assistant before becoming the Head Cheerleading Coach, Assistant Director of Sports Information, and Senior Associate Director of Athletics, and finishing her career at EC as the Campus Compliance Officer/Title IX Coordinator. In 2009, Jen received the Douglas Anderson Award (awarded to an EC Administrator in recognition of excellence in administrative leadership) and in 2019 she was inducted into the Inaugural Elmira College Athletics Hall of Fame. Jen earned her Master of Science in Education from Elmira College. 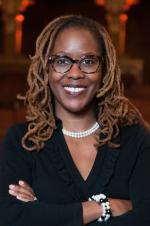 Prior to becoming the General Manager of the Barclays Center—home to the NBA Brooklyn Nets and the WNBA New York Liberty—Adina served as Senior Vice President of Business Operations at TD Garden Arena in Boston. Adina spent 15 years at The Fox Theatre in Atlanta where she held various roles including Vice President and General Manager, and ultimately, Chief Operating Officer. During her tenure, the venue received multiple accolades, including the ranking of #1 Theatre of the Decade Worldwide by Billboard. Adina’s distinguished career also includes various management roles at TIAA Bank Field, American Airlines Center, Vystar Veterans Memorial Coliseum, and the Times Union Center for the Performing Arts. She has received numerous accolades including the Women Who Mean Business Award by the Atlanta Business Chronicle, and the Ray Ward Award for extraordinary contributions to International Association of Venue Management’s (IAVM) Venue Management School, as well as serving as 1st Chair Elect of the Board of Directors for the IAVM.

Neal has worked in Major League Baseball for almost thirty years since earning his M.S. from UMass, and is currently serving as Special Assistant of Baseball Projects for the Cleveland Indians. He worked his way through various roles in Baseball Operations with the Montreal Expos (1992-1997) and the Cleveland Indians (1997-2007) before being named the Pittsburgh Pirates’ General Manager in September of 1997. Neal served as Pirates General Manager for twelve seasons, and is one of two Pirates G.M.s in team history to build teams that reached the playoffs three or more times during their tenure. A recipient of a 2012 Harold J. Vanderzwaag Distinguished Alumnus Award, Neal is on the Ohio Leadership Council for Positive Coaching Alliance. He earned a B.A. in Psychology from Amherst College where he played four years of Varsity Baseball. Neal and his wife Rebecca have three adult children. 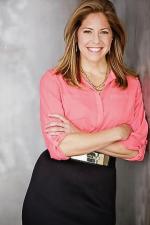 Pamela Levine currently oversees the leading action sports brand Dakine in her role as Senior Vice President, Marquee Brands. She has a long tenure in brand development and revenue generation with more than 20 years in the consumer goods industry, specifically in the active lifestyle, sports, health/wellness space. Her early years were spent in technology consulting; however, she pivoted her career and after earning her M.S. in Sport Management, she took on roles in charge of revenue growth for athletic brands such as Saucony, Quiksilver, and 2XU (technical performance apparel). Pamela earned her undergraduate degree in Mathematics & Japanese from UMass, where she competed on the women’s tennis team and led a successful Title IX legal effort to reinstate the tennis team as well as 3 other varsity sports. Originally from New Jersey, she spent many years in New England, and is now based in Los Angeles. She is a 2021 recipient of the Harold J. VanderZwaag Distinguished Alumnus Award. 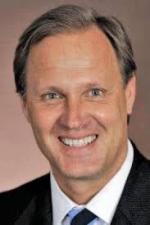 Dennis M. Mannion is currently CEO & President of House of 7, LLC, a sports advisory company with professional and amateur sports clients. His novel team-building strategies are the product of his four decades of experience with professional sports teams. He has served as the CEO of the Detroit Pistons and Palace Sports & Entertainment; President and COO of the Los Angeles Dodgers; Senior Vice President of Business Ventures for the Baltimore Ravens; Senior Vice President and COO of Ascent Entertainment (Colorado Avalanche & Denver Nuggets); and Vice President of Marketing and Sales at the Philadelphia Phillies. A native of Pittsburgh, Pennsylvania, Dennis received the Harold J. VanderZwaag Distinguished Alumnus Award in 1998. Dennis and wife Pam are the parents of five children.

Jeff Price joined the PGA of America as its first Chief Commercial Officer in 2014. He leads the PGA’s interactive, marketing/communication, media, merchandising, and partnership development teams along with PGAREACH, the Association’s 501(c)3 foundation. He is also instrumental in the stewardship of the vision for PGA Frisco as the upcoming new Home of the PGA of America. Jeff previously drove the digital evolution of Sporting News, which he joined as President and Publisher in 2010, and culminated in its joint venture with London’s Perform PLC to form Sporting News Media. Jeff spent eight years at Sports Illustrated, serving as President of SI Digital, and also led sponsorship marketing at MasterCard, where he negotiated the brand’s first Major League Baseball sponsorship and helped steer its extensive golf portfolio. Price began his career at the NBA, followed by stints with the Gatorade sports marketing group and as general manager of Host/USA’s Big 12 Conference sales/marketing operation. Jeff was awarded the Harold J. VanderZwaag Distinguished Alumnus Award in 2000.

David Wright currently serves as Chief Commercial Officer at the U.S. Soccer Federation (USSF). David oversees all outward-facing business units, including marketing, corporate partnerships, media/content, consumer products, events, development, and analytics. During a unique moment in time for the sport of soccer over next 10 years (2026 FIFA World Cup, LA28, and the potential of Women’s FIFA World Cup in 2031 in the U.S.), he is charged with driving exponential growth and overall sport relevancy, fan engagement, and revenue for the National Governing Body. Prior to joining USSF, David served as Minor League Baseball's Chief Marketing & Commercial Officer following a 15-year run at Major League Soccer (MLS) and Soccer United Marketing (SUM) where he rose to Senior Vice President, Global Sponsorship. Among other roles, he oversaw new business efforts for the premier soccer properties in North America (including Major League Soccer, U.S. Soccer Federation and the Mexican National Team). A SportsBusiness Journal Forty Under 40 Award recipient, Wright earned his B.S. in Kinesiology from Indiana University and was awarded the Harold J. VanderZwaag Distinguished Alumnus Award in 2000. Wright resides in St. Petersburg, Florida, with his wife, Jaren, and two kids, Braeden and Riley.