That sparked a soul-searching reassessment of diversity issues in the team’s organization, and it uncovered racial affronts directed at full- and part-time employees that hadn’t been discussed by leadership before. Sadly, confronting the broader issue required the abuse of a player, Kenn told a room packed with career-seeking students.

The candid conversation between Kenn and Tyrone Brooks, the senior director of the Front Office and Field Staff Diversity Pipeline Program for Major League Baseball (MLB), covered both the inner workings of their organizations’ efforts to foster inclusiveness as well as opportunities and challenges for students and graduates looking to build careers in sports organizations. “You can’t do this by yourself,” Brooks emphasized to the room packed with students from Isenberg and the colleges of engineering, computer sciences, social and behavioral sciences, and natural sciences.

The debut of Isenberg’s Conversation series of discussions on diversity and inclusion in business was coordinated by Nefertiti Walker, the school’s Associate Dean for an Inclusive Organization. “The series strives for intimate discussions of tough subjects that plague the workplace,” observed Dr. Walker, who moderated the hour-long panel discussion.

Progressive leadership and change in diversity “start from the top,” observed Kenn, explaining how the Red Sox went about identifying and confronting organizational shortcomings after the racist slur hit the airwaves. In response, the Sox joined forces with five other professional Boston teams, founding a program called Take the Lead. In the initiative, candidates from diverse backgrounds work as fellows for a year, gaining hands-on experience in each team’s front office. At the program’s annual summit, industry professionals tackle inclusion issues and introduce interns to career-building resources. The summit frequently illustrates thorny issues with concrete examples: During a recent talk by MLB Ambassador for Inclusion Billy Bean, he discussed being a gay man and its professional and personal implications.

“The biggest thing for us is finding qualified individuals from diverse backgrounds,” continued Brooks, who described MLB’s Diversity Fellowship Program, founded in 2017. Twenty-two recent college graduates are in the current class for the program, which offers participants a deep dive into Major League Baseball, including its operations, culture, and human resources challenges. That includes, he noted, exposure to skills like analytics in the fast-evolving business of sports. “Last year, we sent 21 of our students to a Sabre analytics conference in Phoenix,” he remarked. 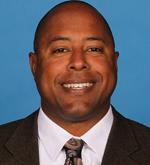 Brooks described two other MLB programs. The first, a partnership with Athlete Ally, a nonprofit that targets homophobia and transphobia in sports while championing LGBTQ inclusion, works with players and front office employees. LGBTQ communities, he says, gain a stronger voice in the industry. And everyone in an organization gains an improved understanding of where people with different sexual orientations or gender identities “are in their lives.” And in December, the MLB hosted an event called Take the Field, with the goal of helping women break into the game in on-the-field and front office roles. The conference imparted inside-baseball advice and practice in resume-building, networking, interviewing, and action plans. “We need to learn about your backgrounds and skill sets. And how you can have an impact,” Brooks explained.

“Everyone needs a mentor,” Kenn insisted. “As a mentee, be curious, be unafraid to ask everything.” A UMass Amherst graduate in sport management, Kenn launched her career with guidance and connections from a UMass mentor. “He connected me with the Sox,” she says.

“All it takes is one person to get into the industry. It’s a people business,” remarked Brooks, who invited the students to join his network on LinkedIn for advice and leverage. “Don’t underestimate the power of internships,” he added. “And learn to function and succeed outside your comfort zone.”

“You’re not growing unless you’re comfortable being uncomfortable,” Kenn chimed in. “It’s important to find your allies.”

Dr. Walker concurred with one qualification: “Your allies may not always look like you, so be open to working with different people from different walks of life” she reminded the students.