Copied to clipboard
A serious sports rivalry brings a team’s fans together, strengthening community identity through shared victories and competitive threats. “It’s another way of saying there is no us without them,” obs 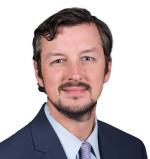 A serious sports rivalry brings a team’s fans together, strengthening community identity through shared victories and competitive threats. “It’s another way of saying there is no us without them,” observes David Tyler (right), an associate professor in Isenberg’s McCormack Department of Sport Management.

A 2013 PhD graduate of that program, Tyler and fellow McCormack doctoral alum Joe Cobbs ’10 are cofounders of Know Rivalry, a pathbreaking research lab devoted to the subject. Their research database contains questionnaire responses from more than 30,000 fans so far, and they analyze the data to identify and measure rivalries. That includes gauging fan feelings and reactions toward rivals and justifying their “rival” status. The Know Rivalry Lab currently covers the lion’s share of high-profile, American professional and collegiate sports leagues and their teams, with data collection underway for a dozen more domestic and international leagues. (For the record: the Celtics’ top rival is the Lakers; the country’s top two NCAA football rivalries are Arizona versus Arizona State and Navy versus Army.) 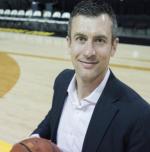 Tyler, who also earned his MBA and MS in sport management from Isenberg, joined the school’s faculty in 2020 after nine years as a professor at Western Carolina University. Cobbs (left) is a professor at Northern Kentucky University. The duo started their rivalry research in 2008, eventually launching KnowRivalry.com as a way to share their data more widely. Since then, the researchers have identified eleven common “antecedents,” or likely causes, that alone or in combination can spark a rivalry. Examples include competitiveness, spatial proximity, consistency, disparate values, and conspicuous moments—on and off the field. Rivalries, moreover, can prove asymmetrical, with one team’s fans giving greater weight to the relationship. In the venerable Maple Leafs/Canadiens rivalry, for example, the Toronto fans view the current competition with more intensity than their opponent, whose fans focus more of their rivalrous feelings on the Boston Bruins.

Know Rivalry has earned featured coverage in the New York Times, Wall Street Journal, and Slate. And Cobbs and Tyler’s research has graced the Journal of Sport Management, Journal of Business Research, and Sport Marketing Quarterly. Their wide-ranging published work has explored rivalry’s variations by sport and region (chart at right shows the most intense rivalries in the MLB). It has empirically dissected rivalry’s properties and antecedents. And it has examined rivalry’s excesses, including schadenfreude (taking pleasure in the woes of, in this case, a rival).

Schadenfreude and bad behavior among rival fans, says Tyler, have made headlines most notoriously in European soccer, where nationalism can up the rivalry ante. (Rivalries, he emphasizes, differ from outright animosity in that rivalry involves a shared relationship.) How does the animosity within the competition between FC Barcelona and Real Madrid—known by fans as El Clasico—compare to the hostility of Red Sox fans toward the Yankees (see image right)? Stay tuned. Know Rivalry recently expanded their fan data collection to Europe, Asia, and Australia.

Tyler traces his academic interest in rivalries to a doctoral seminar at Isenberg. “I needed a quick definition of rivalry but discovered that one didn’t exist,” he recalls. “Research was conflicting. According to some, everyone in a sports division was a rival.” Cobbs’s interest in the subject dates to his days as a marketer in intercollegiate athletics at Miami University (Ohio), where he developed the program’s rivalry with Ohio University and the sobriquet, “Battle of the Bricks.”

Tyler’s move to McCormack in 2020 is bringing graduate and undergraduate students alike new opportunities to engage in research. That includes collecting, cleaning, and analyzing data from Know Rivalry’s expanding database. “There is also a significant interdisciplinary upside for pulling in other disciplines, including marketing, computer science, and psychology,” he remarks. “And we are expanding our database internationally. We have two dozen global leagues and partners all around the world.”

Rivalries are also good for business, Tyler emphasizes. “In marketing, an authentic rivalry narrative can fuel sponsorship investments and consumer engagement. A full-blown rivalry will bring fans added meaning and heightened involvement. And it can attract interest beyond a team’s fan base to a wider audience.”