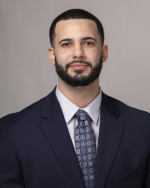 UMass Amherst named nine students 2021 Rising Researchers based on their accomplishments at the university. One of those, Solomon Siskund, majored in sport management and sociology, and is staying with McCormack to begin the MS program in sport management.

As a Black student-athlete on the university’s football team Suskind noticed that some of his non-white friends and teammates were experiencing microagressions, depression, and feelings of isolation. He teamed up with Desiree Oliver ’21, a player on the UMass women’s basketball team, to conduct a research project called “Analysis of the Black Student-Athlete Experience at a Predominantly White Institution.” Responses to their 47-question survey showed that non-white student athletes experience culture shock, anxiety, and depression at significantly higher rates than their white counterparts.

“That is something we’ve seen first-hand, but it goes unsaid,” Suskind says. “And we hadn’t seen hard data. To finally see the numbers confirms what’s going on.”

Suskind and Oliver inaugurated a campus Call to Action Research Fair and made formal recommendations for change to the university and UMass Athletics, including inclusive community groups, mental health education awareness, and transformational experiences for student-athletes.

“We’ve already seen some progress in Athletics, such as new safe spaces for our Black athletes and the hiring of a director of sports psychology,” Suskind says. Read more here. [https://www.umass.edu/researchnext/researcher/genius-meets-grit] 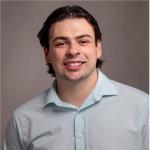 The university recognizes Jack Welch Scholars based on their leadership and executive ability. Jake LeBlanc, a Commonwealth Honors College student from Hopkinton, Mass., is graduating with a degree in finance. LeBlanc believes his UMass work taught him to be independent and driven. Upon graduation, he will begin a rotational program for new finance employees at the Bose Corp. in Framingham, Mass., which will allow him to explore different aspects of the field. 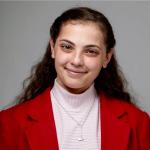 The university awards the 21st Century Leaders Award to its most talented and accomplished graduating seniors. Alannah Scardino of Rochester, N.Y., is a Commonwealth Honors College student double-majoring in sport management and social thought and political economy. A boundary breaker, while still a student, she combined the knowledge she gained in her dual majors to support women, girls and at-risk youth through sport. As an intern for Minor League Baseball’s Rochester Red Wings, Scardino originated and planned the team’s first-ever Women in Sports Night. Similarly, she structured an independent study to write a children’s book, All I Can Be from A to Z, which challenges gender stereotypes and encourages children to be their authentic selves. This year, Scardino conducted research on the juvenile justice system, violence against girls and women, and sport for development. She used her honors thesis as a springboard to launch a sport-for-development organization called Rising Phoenix Sports Program, with a mission to support the health and well-being of girls in the juvenile justice system through sport. Scardino remained in Amherst during the pandemic and served as deputy chief of Amherst Fire Department’s Student Force. After graduation, she will continue to develop Rising Phoenix and hopes to work for an organization dedicated to using sport to make a positive social impact.

An important tradition and annual recognition, the University of Massachusetts Amherst Alumni Association honor graduating seniors who have demonstrated outstanding leadership and service to our UMass Amherst community with the Senior Leadership Award.

Alannah Scardino, double-major in sport management and social thought, and political economy, was identified by Isenberg's Dean and chosen as this year's award winner.

Sarah Bloznalis of Upton, Mass., a Commonwealth Honors College student who double-majored in business management and political science, will speak. While a student, Bloznalis wrote her honors thesis on the timely topic of “The Rise of the Blue Wave: The Changing Tides of Voter Suppression in Georgia.” After graduation, she has accepted a position at Workhuman in Framingham, Mass., as a content marketing coordinator.

To read about Class of 2021 recipients of Isenberg awards, click here. [https://www.isenberg.umass.edu/programs/undergraduate/senior-celebration-2021/awards ]