The McCormack Department of Sport Management has named eight alumni as the Class of 2022 recipients of its two prestigious awards, the Harold J. VanderZwaag Distinguished Alumnus Award and the Alumni on the Rise Award.

“We’re delighted to be able to recognize another group of distinguished alumni not only for their achievements in the sport and entertainment industries, but as importantly for their continued engagement with our program and our students,” said Department Chair Steve McKelvey. “Connections with industry and with our alumni are the lifeblood of our program, and we’re fortunate to have so many loyal alums who continually give of their time and talents to help make our program and our students better.”

The new class of alumni award winners will be recognized at the 50th Anniversary Alumni Reunion banquet on Saturday, June 11 in the Mullins Center. Below are this year’s recipients.

Since 1993, the McCormack Department of Sport Management has awarded the Harold J. VanderZwaag Distinguished Alumnus Award in honor of Dr. VanderZwaag’s unwavering dedication and commitment to the department. Honorees are alumni who display professional excellence, outstanding achievement in the sports industry, and dedication to the McCormack Department of Sport Management.

As LA28’s Chief Marketing Officer, Gleeson leads the organization’s innovative multi-channel brand and marketing strategy, diving deep into co-creation, storytelling, and engagement in the journey to the LA28 Olympic and Paralympic Games. Her past experience includes serving as Head of Olympics Marketing at Visa Inc. where she oversaw all global communications and integrated marketing activities for Vancouver 2010, London 2012, and Sochi 2014. While at Visa, she also served as Sr. Director, Global Client Innovation Marketing, leading globally integrated marketing campaigns for top-shelf brands and shaping Visa’s global merchant marketing strategy. Amy was selected for Ad Age Leading Women Class of 2021 and was named Sports Business Journal Forty Under 40 in 2013 (one of 13 McCormack alums to be a Forty Under 40 recipient).

Jeffrey Pollack is a sports business executive and Emmy-Award winner with more than 25 years of leadership experience driving catalytic change, growth, and innovation for family-owned, private equity-backed, and corporate-based ventures. He most recently served as President and CEO of the XFL, and is currently a Senior Advisor to McKinsey and Company and President of Sports Business Associates, Inc. Pollack has been lauded for helping businesses and brands rethink, recalibrate, and evolve. He has served as Special Advisor and Chief Marketing and Strategy Officer for the Los Angeles Chargers, President and Commissioner of the World Series of Poker, Executive Chairman of the Professional Bull Riders, Managing Director of Broadcasting and New Media for NASCAR, Vice President of Marketing and Corporate Communications for the NBA, and as a Strategic Communications Consultant for NBA Commissioner David Stern. Pollack is the founder of The Sports Business Daily (SBD), the original and leading daily trade publication for the sports industry. Through his vision and direction as President and Publisher, “The Daily” pioneered a new genre of sports journalism, became an industry standard and must-read for sports executives, and gave rise to a proliferation of sports business news and information services around the world. Pollack has donated his papers from SBD’s founding to the Umass Library’s Sport Innovators archives. 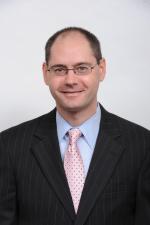 Paul Cacciatore is entering his 27th year with the Boston Celtics and currently serves as the Vice President of Member Experience &amp; Arena Operations. Paul got his start with the team as a ball boy in the late 1980’s and went on to graduate from the UMASS Sports Management Program in 1996. Paul started in the front office of the Celtics as a Community Relations and Public Relations intern and was hired shortly after as a season ticket Customer Service Representative. Paul managed ticket operations and was promoted to Senior Director of Business Operations in 2008. In 2017, Cacciatore was promoted to VP of Member Experience & Arena Operations, where he is responsible for the service and retention of over 5,000 season ticket accounts. He is also the liaison between the TD Garden and the Celtics, executing all NBA Arena Security Standards. Paul sits on the Nichols College Sports Management Advisory Board. He has also served as a Director on the Downtown North Association since 2013 and is the 2015 recipient of the Celtics’ Bobby Vines Award. Paul resides in Northboro, MA with his wife Jennifer and sons Owen and Christopher. 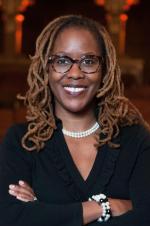 She has also served as Senior Vice President of Business Operations at TD Garden Arena in Boston and spent 15 years at The Fox Theatre in Atlanta where she held various roles including Vice President and General Manager, and ultimately, Chief Operating Officer. She has received numerous accolades including VenuesNow’s Women of Influence and All-Star Awards, the Women Who Mean Business Award by the Atlanta Business Chronicle, and the Ray Ward Award for extraordinary contributions to International Association of Venue Management’s (IAVM) Venue Management School, as well as serving as 1st Chair Elect of the Board of Directors for the IAVM.

ALUMNI ON THE RISE AWARD

This award, which was launched in 2013, recognizes alumni who have graduated within the past five to ten years and have demonstrated exceptional achievement within the sport industry while giving back through time and resources to the McCormack Department of Sport Management at Isenberg. 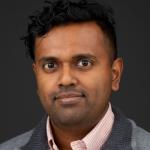 Sohil Gala is a Senior Director of Data Science and Consumer Analytics who believes in the power of using data to solve business problems as well as drive innovation for personalized customer experiences. He began his journey in sports business analytics by participating in Octagon Bowl at UMass and has since worked at New York Jets, Major League Soccer and currently heads up consumer and data science consulting at KORE software.  Sohil now works with multiple sports teams and league offices optimizing their data strategy to set up machine learning modelling and predictive analytics for better business outcomes.

Sohil lives in San Diego with his family and enjoys hiking and spending beach days with his son. 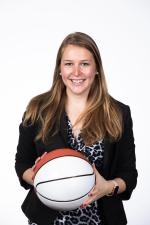 Carly Salerno is the Senior Director of Ticket Sales at Monumental Sports & Entertainment, which is the company who owns and operates the Washington Wizards, Washington Capitals, Washington Mystics, Capital City Go-Go, Capital One Arena as well as a handful of other teams and venues. Carly was born and raised in Cohasset, MA. Throughout her time in college, Carly completed six internships working for the Celtics, Bay State Games, Brockton Rox, SoccerFest, Town of Amherst Recreation department, and Let Me Play located in London. Upon graduation, Carly moved to Washington D.C. to start her career in Inside Sales. Since her Inside Sales days she has moved up at Monumental and has worked as a Capitals Membership Service Representative, Inside Sales Manager, Director of Inside Sales and now Senior Director of Ticket Sales overseeing the sales team’s efforts. 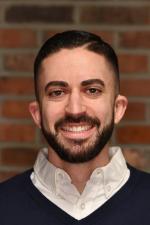 Adam Tuval is currently the Senior Director of Corporate Partnerships at Playfly Premier Partnerships where his main focus is securing new partners across the agency’s international portfolio of sports and entertainment clients. Born in Israel, Adam started his career at the Philadelphia 76ers, growing from a leadership role in their Ticket Sales Department during a 75-253 stint to a position in Corporate Partnerships where he created the Wendy’s Frosty Freeze-Out. This in-game experience serves as a case study across sports, with the Sixers claiming the lowest opponent free-throw percentage in the league. Following a season with the New York Jets, Adam returned to Philadelphia and joined the Union of Major League Soccer- leading the department in revenue all four seasons and breaking team records via new revenue outlets, including a first ever eSports team for the organization. Adam resides in Chicago with his wife, Gab and two dogs - Asher and Ace- and enjoys traveling, competitive games of Catan, and running his on the rise cooking Instagram, #Tuvy’sTakeout. 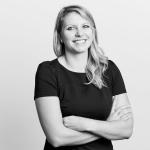 As Senior Vice President of Lifestyle Brands and Partnerships at MarketCast, Danielle is responsible for driving revenue across lifestyle brands. By leveraging MarketCast’s suite of research methodologies, Danielle helps brands dig into consumer needs—from product innovation all the way to partnership optimization. Danielle’s career has been wholly dedicated to enhancing consumer connections with brands. After graduating from Pepperdine University, she helped Pepperdine Athletics better engage students and alumni through turnkey events and experiences. She then went to grad school at UMass Amherst to obtain her MBA and MS in Sport Management, and while there, helped the USOC with activating their Road to Rio campaign. Most recently, at Octagon, Danielle worked on the new business response team to pull together new and exciting ways to bring partnerships to life. In her free time, Danielle enjoys spending time with her parents, two brothers, and husband. If she’s not at home in Marina del Rey, California, you’ll find Danielle and her husband travelling to cross another country off their bucket list!